Dźwigacze Kultury 2019 were announced yesterday. These prizes, awarded by the Krakow Festival Office, were awarded in the charming courtyard of the Princes Czartoryski Museum. Those honoured included Kraków Water. The award was received by Wanda Słobodzian – member of the Company Management Board.

Every year, Kraków Water adds it drop to the organization of these events. In 2019, we supported events such as Sacrum Profanum, Misteria Paschalia, the Film Music Festival and St. John’s Market.

All winners received mounted works by Alicja Wróblewska, an artist inspired by the mythological figure of Atlas holding up the heavens on his shoulders so that the world can continue. The artistic vision of Atlas follows the spirit of upcycling: the object in the photograph is made entirely from recycled plastic.

The photo gallery below shows photographs from the award ceremony. 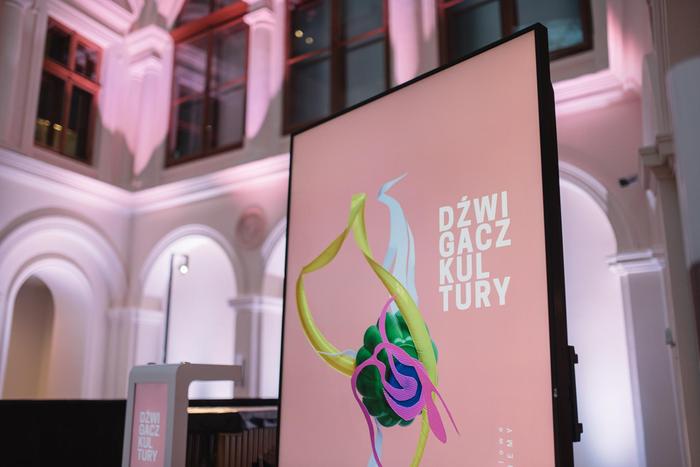