Truths and myths about tap water

Truths and myths about tap water

YOU CAN DRINK TAP WATER WITHOUT BOILING IT FIRST

Water in Kraków taps is free of bacteria, so boiling it is not necessary. High-temperature only kills microorganisms, which have already been removed from tap water.

Boiling water causes some of the minerals – particularly calcium and magnesium compounds – to precipitate in the form of a deposit (scale). This softens the water but also impoverishes its mineral composition. For this reason it is not recommended to boil water for drinking.

By-products of water disinfection do not accumulate in the organism, and what is more, their concentration in water is strictly monitored and never exceeds permissible limits, meaning that they are completely safe.

Water from the Kraków Waterworks is of the same high quality as in other European cities because the quality requirements laid down in Polish regulations are as stringent as EU requirements, and some indicators must meet standards even more rigorous than those laid down by the EU.

cHLORINE IN TAP WATER IS HARMFUL

Chlorine is a disinfectant which guarantees the microbiological safety of the water. The doses of chlorine used in tap water have no harmful effects. 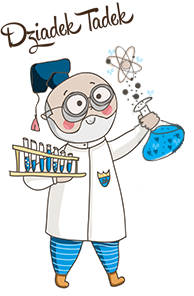 It was the water systems supplying water
disinfected with chlorine that stopped devastating epidemics in the last century, thus extending the average life expectancy to a level unprecedented in human history.