The EEA and Norway Grants

On 29 Nov. 2021, Kraków Water signed a contract with the National Fund for Environmental Protection and Water Management in Warsaw to implement a project called "Modernization of electric power, heat and biogas management on the premises of the Płaszów Sewage Treatment Plant in Kraków at 3 Kosiarzy St.”.
This project will be implemented using funds from the European Economic Area Financial Mechanism as part of the Environment, Energy and Climate Change Program. The program area within which the project will be implemented is Renewable Energy, Energy Efficiency, Energy Security.
The direct requirement/outcome of the program is the construction/modernization of district heating systems. 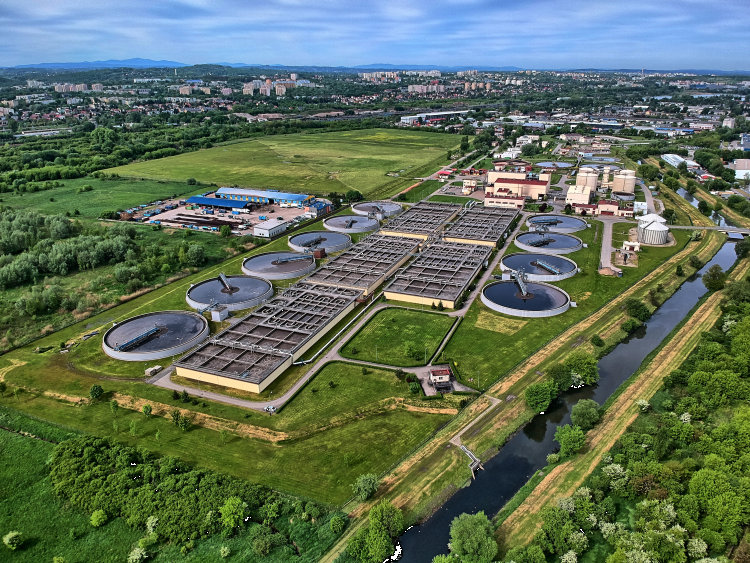 Improving energy efficiency in buildings, industry and municipalities. The measures taken will make the district heating system an "efficient system", i.e. using at least 50% of renewable energy and waste heat for heat production in accordance with Directive 2012/27/EU. The heat will also come in 100% from cogeneration.

The implementation of the Project will contribute to the following outcomes:

EEA funds and Norwegian Funds represent the contribution of Iceland, Liechtenstein and Norway to creating a green, competitive and socially inclusive Europe.
There are two general goals: reducing economic and social inequality in Europe and strengthening bilateral relations between donor countries and 15 EU countries from Central and South Europe and the Baltic Sea area. The three donor countries cooperate closely with the EU under the Agreement on the European Economic Area (EEA). The donors have provided EUR 3.3 billion as part of subsequent funding programs in  1994-2014.
EEA Funds and Norwegian Funds for the period 2014-2021 amount to EUR 2.8 billion.
The priorities for this period are:
The EEA and Norwegian Funds Program consist of two financial mechanisms. EEA funds are jointly financed by Iceland, Liechtenstein and Norway, whose contribution is based on their GDP.
Norwegian Funds are financed exclusively by Norway.

See Current Information about the project

For more information about EEA Funds and Norwegian Funds, go to eeagrants.org.